When I was in grade school and middle school, I was the only person in my whole school who was obsessed wtih anime, manga and learning Japanese. Luckily in my school there were exchange students from Japan who went to my school so I was always able to hear the Japanese language in the halls and since I went to a multi-nationall and multi-cultual school, I was able to experience many different cultures.

But what about anime?

When I was growing up there was no Netflix which has multiple Japanese dramas, action adventure series and anime to watch like there is today. Back then I lived in New York City and late at night they played Japanese soap opera dramas on TV late at night which I always stayed up late to watch them.

But what about yoru friends? Did they like anime and manga?

The answer to that question was  a resounding no they did not like anime and manga and thought that I was extra strange that I did and wanted to be a manga artist and study Japanese.

When I went to high school, I started drawing my own comic and manga which became my grydscaen scifi series and my The Seer of Grace and Fre fantasy series. These started out as short stories then onto novels and short anime I created. I ended up going to art school to learn how to animate and storyboard and created m first manga after school along with my novels.

I translated one of my short manga into Japanese and I will have the book available soon on Amazon along with the English versions.

I love that Iwas the odd kid out in school who liked anime and manga but now it is part of my being a writer and manga artist.

So there are many people out there who like anime and manga. You are nt alone.

My love of manga and anime allowed me to create my own manga from my scifi story and I am so happy I studied Japanese in college and animation in art school so that I could make my dream come true of creating my own manga, light novels and anime.

Some images from my original manga 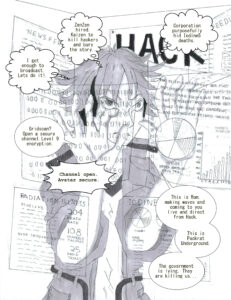 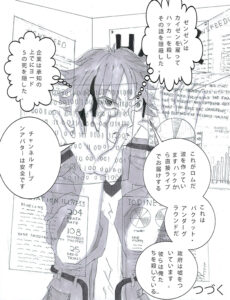 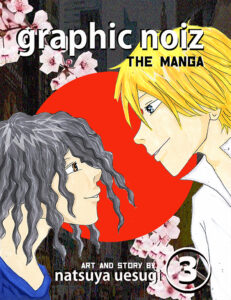