Check out the new manga and novel releases from Natsuya Uesugi in 2021. 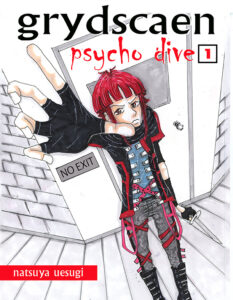 Author Natsuya Uesugi leads us into a post-apocalyptic, gritty future where the Newsfeed is always on, there are book burnings in the street, and thought crime gets you arrested. When Packrat hacker leader Faid Callen discovers a conspiracy threatening to rip society apart at the seams, teenage hacker ROM is sent to investigate, infiltrating SenseNet discovering a web of thought crimes. The very city could be destroyed as this riveting manga plays out in a new, anti-government world as hackers and targeted psychics fight for redemption of society. Fans of the Hollywood Book Festival award-winning novel, grydscaen: dark that Literary Titan calls “a modern day Blade Runner” will love this story of the psychic revolution that delves deep into the hacker underbelly in this fast-paced, cutting-edge illustrated cyber thriller. The web anime series adaptation of grydscaen: psycho dive manga  is currently in production. releasing Winter 2021 on the Natsuya Uesugi YouTube channel.

Re-mastered with a new cover featuring psychic Naito Sennish, grydscaen: inception is the epic backstory to volume 1 of the grydscaen series. Inception has the origins for all your favorite characters like the Viceroy’s son, Lino Dejarre, and street-wise Packrat hacker Faid Callen all wrapped up in an cyberpunk action adventure with psychics, hackers intrigue and always techno-code from the award-winning grydscaen series. 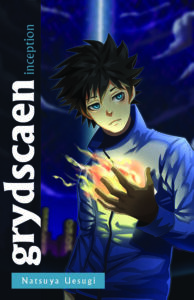 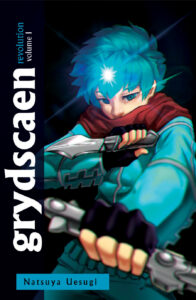 Where everything started, the hacker revolution that changed the world when the world was engulfed in a conflict that could plunge the world into a global war. The cover featured clandestine psychic assassin Blue of the Psi Faction fighting for equality and social justice to save the world. Take a seat at the table in this first book that starts the dystopian mind-blowing hacker revolution that changed a cyberpunk world…

“Jack-In, Jerk Off, Tie One On. Lock and Load My Children.” – Faid Callen, Leader of the Packrat Hackers

Welcome. Dive to the grydscaen 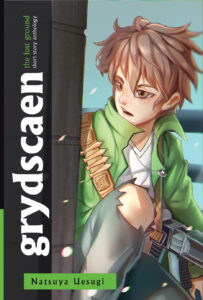 New SciFi short story anthology featuring stories from the front lines of the world war. Signature stories include “Child Soldier” and “The Refugee”  that showcase the affects of war on society and global politics. 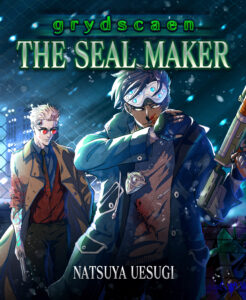 Psychic detective Jaiden Pierce and Zone Police officer Xander Storm investigate a cold case of a subway bombing that leads to a larger conspiracy that could destroy the City. 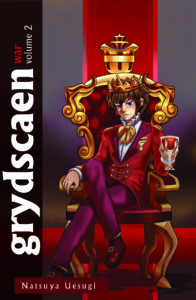 War comes to the utopian City as the Atlantea Federation attacks the Pacific Territories as the world turns to chaos. 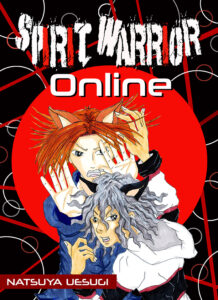 Shy teenager, Noiz who just turned 16 is depressed after his parents are killed in a car crash in Tokyo, Japan. His mother Japanese and his father mixed Indigenous and Black from the Navajo Nation, he always felt like an outsider in Japan with his bronze skin and kinky dreadlocks. Forced to move in with his aunt when his parents died after his Japanese family disowned his mother for marrying  a Black man, Noiz is forced to relocate from Tokyo, Japan to rural Arizona in the United States to live on the reservation in Ship Rock in the Navajo Nation.

As the outsider new kid at the Navajo high school he faces a culture he doesn’t understand bullied by the popular kids who label him an “outsider” and   “colonizer.” Noiz  hears rumors of a mysterious online game popular with his classmates called Spirit Warrior System Tenkai which is rumored was created by the Shinigami Navajo God of Peaceful Death, Nayan Watson Sensei the elder Navajo Twin Warrior God the legendary god who slayed many monsters. When Noiz learns the new awkward quirky exchange student, Nao Kami is a psychic Sentouki warrior in Spirit Warrior, he gets wrapped up in a game created to protect Navajo tribal elders from demons threatening to destroy tribal lands. Does Noiz survive and help the tribe? Find out in this action packed isekai. If you like Sword Art Online and Ready Player One ad want to delve into a story of spirituality and perseverance you will like Spirit Warrior Online.