The techno thriller novelettes are short reads that lead up to the cybercrime standalone novels grydscaen: dark and the sequel grydscaen: scout. These short reads presents the homeless teenage hacker, Rom, the lead character giving an introduction to the aesthetic and the ambiance of the grydscaen world. 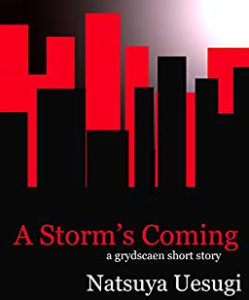 Rom is a homeless teen living on the streets of the Echelons. Trying to survive the night he encounters Zone Police officer Xander Storm but there is a killer on the loose. Can Rom keep from getting killed in this techno thriller. 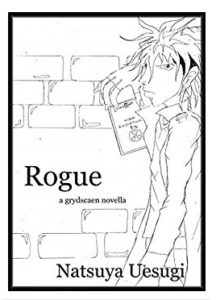 Rom finds himself having flashbacks after the government wiped his memory. His dreams show him a young girl in danger. Can he find the girl and save her before the government captures him.

Rom becomes a Packrat hacktivist. As the voice of the uprising, Rom broadcasts a subversive radio show railing against the government. He organizes a protest which is swarmed by Zone Police. Can he escape and still ensure his message is heard? 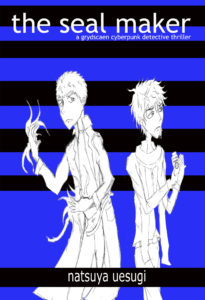 A crime thriller novel featuring Zone Police detective, Jaiden Pierce, and beat cop Xander Storm. When Hiro Yamaguchi, the Velvet Hour bio hacker becomes a terror suspect in the murder of Zone Police officer Xander Storm’s wife and son,  clues linking him to the homeless hacker Rom who Xander thinks of as a son. Jaiden Pierce partners with Xander on a strange cold case involving an ex-felon linked to Xander’s wife’s death and investigation has Hiro as a possible lead. With nothing to go on, as the threat of more terrorist attacks loom, Jaiden searches deeper into the dark web and uncovers layers of conspiracies even a link to Parliament and high powered politicians. As Velvet Hour picks up protests int he streets and the terror chatter gets louder and more violent, can Xander stop the looming carnage and subway bombings that are terrorizing the Echelons before more die?