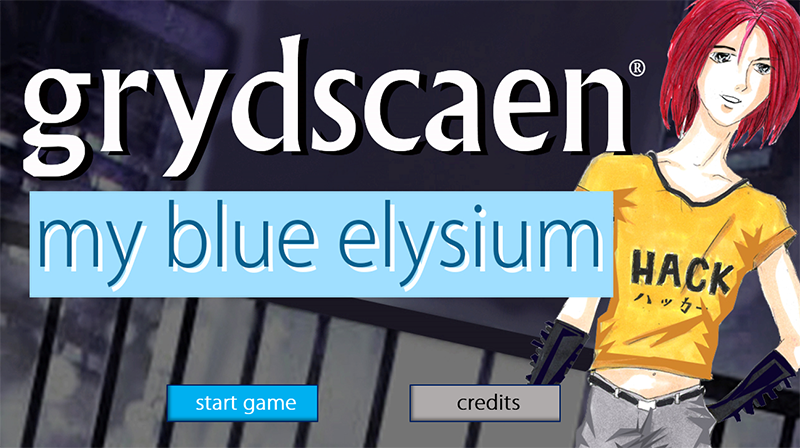 The project started in October 2021 and the game story was flushed out in November 2021 as my NaNoWriMo project.

The visual novels is loosely based on two short stories from the grydscaen: legacy short story anthology including “Ambition Forward” about Faid Callen the 19 year old Host  and the story “Known Thyself” about trans girl Iin and her boyfriend ROM the homeless hacker.

We will be recording our progress on the game on the blog and YouTube channel. We are currently working on chapter one of the game in line with release of the mini game with debut of the novel grydscaen: retribution.

The desire is to have game demos available on YoutTube and target to have the available available free on Steam possibly in future.

Below are some early prototypes of visual novel game screens. 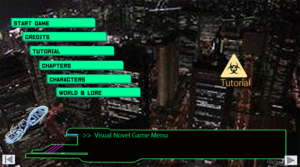 There are two two player characters that the user can choose to play at the outset and the game story varies based on chosen player and decisions made during game play. These two characters are the hacker and host Faid Callen and then Maiko Hostess entertainer Jiin. 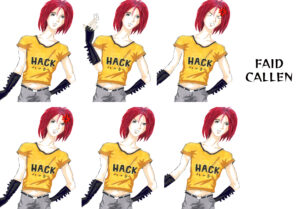 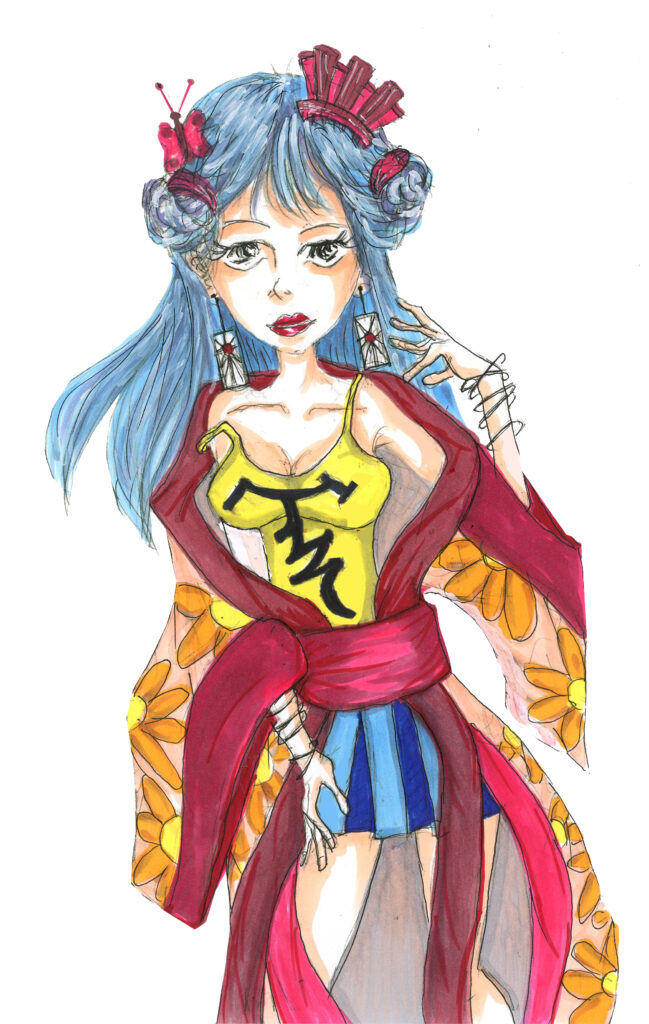 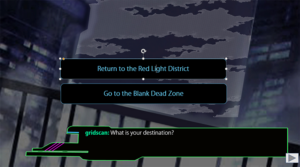 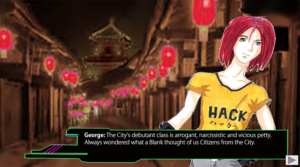 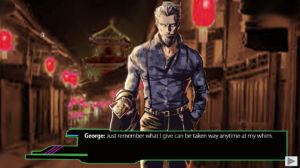 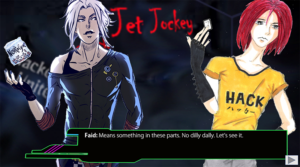 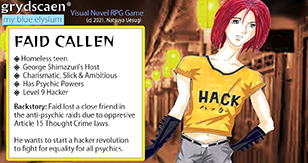 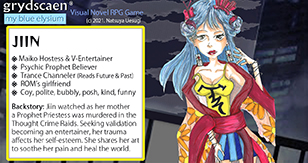 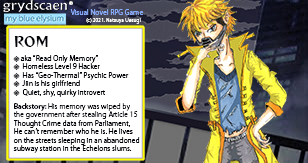 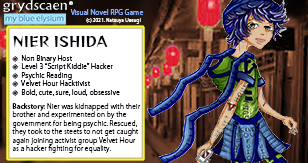