Shy teenager, Noiz who just turned 16 is depressed after his parents are killed in a car crash in Tokyo, Japan. His mother Japanese and his father Black and Native American,he always felt like an outsider when  he was in Japan with his bronze skin and kinky dreadlocks. Force to go live with aunt on his father’s side, his Japanese family disowning his mother when she married a Black man, Noiz is sent to Arizona, in the United States to live on the Navajo  Reservation with a culture he doesn’t  understand. Ariving on the Rez, Noiz  happens upon  a mysterious online VR  game called, Spirit Warrior System Tenkai, that is rumored to have been created by Nayan Watson Sensei, who is rumored to be the God of Peaceful Death, a powerful deity. When Noiz meets new exchange student, Nao Kami, he learns Nao is a psychic  Sentouki warrior in the game who has fought many demons in battle who have tried to kill the tribal elders. Nao says Nayan Watson sent him to teach Noiz how to be a Destined Sacrifice like his father. Encountering strange demons and nature spirits  Noiz encounters the supernatural  and must fight magic to ensure no more tribal elders are murdered.
Story bassed in  Navajo spirituality. Part of royalites from sales of Spirit Warrior Online on release will go to  Navajo Nation Covid-19 pandemic relief. 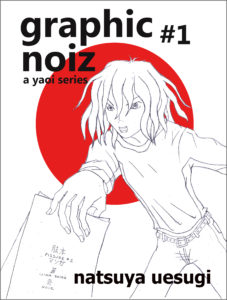 19  year old  raving otaku and anime fanatic, Noiz a indie manga artist,  fresh out of art school with a two year degree. Crator of his original SF manga, Disaster Code, he is eager to show off his first finsihed volume at New York Comic Convention. Discouraged when noo one stops by his table, he is intrigued when  famous former manga artist, Shiro Ijima, author of the bestselling SF Fissure novels is showcasing his latest book at the con. When Noiz notices Shiro at his table and compliments his art, a chain of events that leds  Shiro’s agent Keita to inquire if Noiz is available to work on Shiro’s new property. Keita asks Noiz to illustrate Shiro’s new Fissure manga and the game of cat and mouse as Shiro leads Noiz on flirting with him in a seductive and manipulated game starts roping Noiz in hard. its all about the contract, but Shiro has other things in mind? 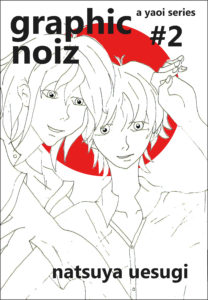 Work on he Fissure manga starts with Shiro as art director and Noiz as lead artist. asthe work continued, the pair get entangled further in a subtle game of flirting that starts to have Noiz confused by his feelings, uncertain if Shiro is using him or he is actually falling in love. When Noiz is late on delivering storyboards for chapter 2 of the manga , Shiro confronts him and reveals the real story behind the sinister Tracker character in the story. Siro’s reputation of sleeping with his female fans, starts to impact the writer’s ability to deliver dialogue for the latest chapter and as the serial pilot release deadline looms. With his starting to  catch up with him, will Shiro’s revelation bring him closer to Noiz or  drive them further apart?

When Shiro’s past finally hits him  head on, he  is confronted by  his former mentor, Katushiro Watanabe, who mysteriously returns creating chaos and threatening the production of the Fissure manga. When Katsuhiro starts his old game of manipulation and lies resulting in the destruction of  Shiro’s successful career as  manga artist for the Dawn manga, it is Noiz who is the only one he will listen to. With Katsuhiro doing everything  to destry Shiro’s snity, can  Noiz rescue the writer so the team can meet their Fissure production deadline?. 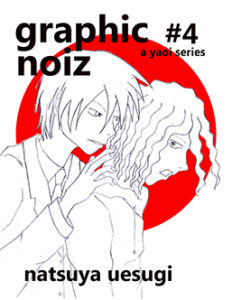 Exhausted by long nights working to get the Fissure manga delivered on time,  Shiro is hurt by Katsuhiro. Shiro’s younger sister, Jade, recommends the pair take a trip to Scarsdale, New York  to get away. Shiro’s  elder  sister, Julia mnipulates the situation tryiing to force Shiro to get married throwing a bridal shower with the woman she wans to marry him off to. Julia’s concert of lies and manipulation, cause an Ijima family confrontation that is too much for Noiz a violent reaction from Shiro. Can the friendship between Shiro  and Noiz survive? 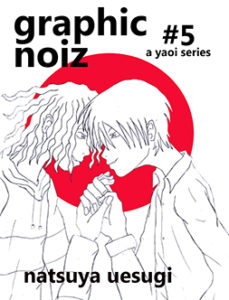 In a fit of rage, Noiz deletes part of Shiro’s  Fissure 5 manuscript on the day before it is due to thepublisher. Can Shiro race to get the pages rewritten in time? With the  deadline looming, the publisher kills Shiro’s contract and it is only Keita Shimura, Shio’s firey literary agent who can possibly save the Fissure series from the slush pile.

The Fissure manga released, Shiro and Noiz travel to the Comic Market anime festival in Japan where Shiro gets news from his father. With family drama affecting Shiro’s emotions, can Noiz keep him focused for the Fissure manga debut?