Ever been asked that question? I was asked that question by my boss recently. I answered the question truthfully without hesitation, no problem. Later that week a Diveristy Leader reached out to me  and wanted to discuss inclusion stating that I was  “Ethnically Ambiguous” which was a term I had  not heard before. Now, I have been called many things in my life and  people have listed pretty mucjh every country on the planet as my ethnicity, it is always that I am  somewhere else, never where I happened to be at the time.

I always want to know  why race was immportant and  “country of origin.”  I got some different reactions from African Americans and varied answers fromm people who lived and were born in Africa whowho said they were  “Not Black” but where  African from a specific region or country. So the question is based it seems on culture.

But… if you think about it. The question “What Are You” is quite rude. I asked   people how they identify and if they would answer the question. Wanted  to share some of their answers.

We Asked the Question, “What are you?”

I asked five Mixed  people of  various backgrounds the question. Here are their answers:

I found these answers interesting. It is a simple question, right? But why so hard…

Sharing  early page from chapter 7 of the graphic noiz 3 manga. The plot of chapter 7 in the soon to be released manga is part of the hero’s journey and character developent for  Noiz the 19 year old manga artist who is Mixed Race. He is half Black/Indigenous & half  Japanese.

The pages below are partial ARC scans from production on the book, not the full story arc. In this sequence after Julia asks the question about how identifies, Noiz’ responds with a sense of confusion.

The reason I decided on the story about Noiz being Mixed was because we need to further the discourse on minority voices in entertainment and literature as having diverse voices can empower and bring new ideas and creativity. So that’s  my pitch, enjoy the free page and stay tuned for release in 2020 of graphic noiz manga 3.

We are adding dialogue on final pages, in the home stretch. Then onto proofread and revisions. Once all pages complete, will work on gallery text and completing the Educator  Learning Aids developed for the  Educator version of the story. Once that is done we move to book formatting using in InDesign and work on the translations in various languages.

Decision to release the story in multiple languages in the Educator version was due  to response from teacers  and current partnering with a local counselor who works with teens on the Autism spectrum.

Happy my books can assist others. The main reason I write. 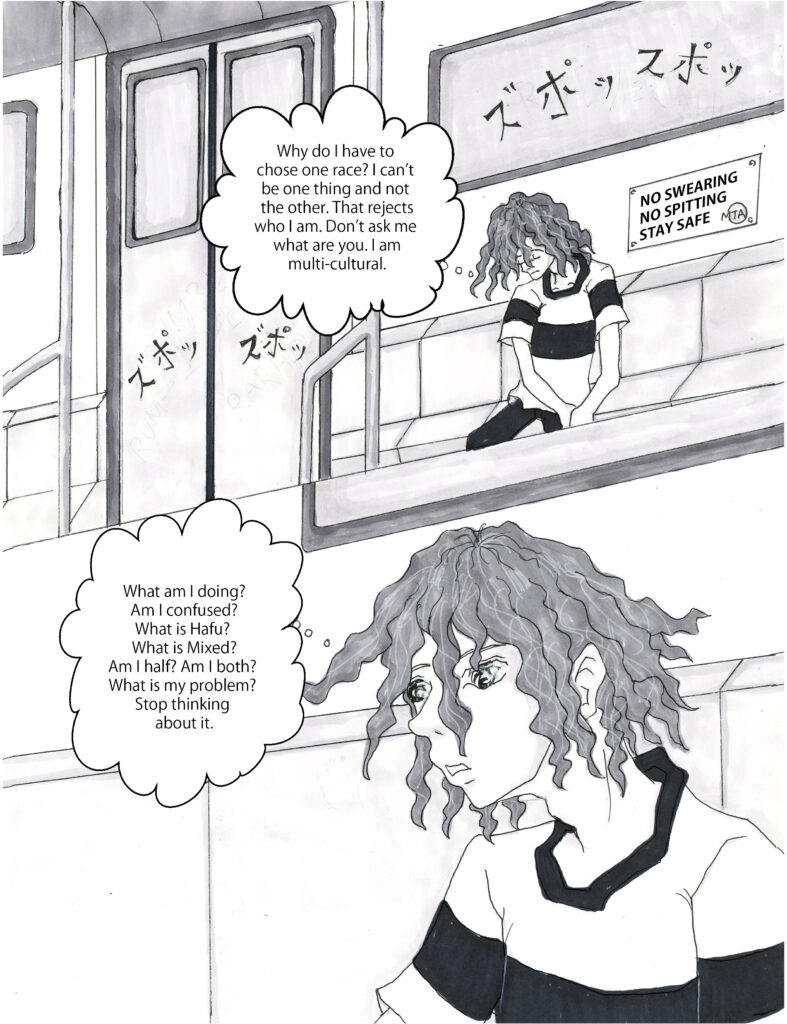