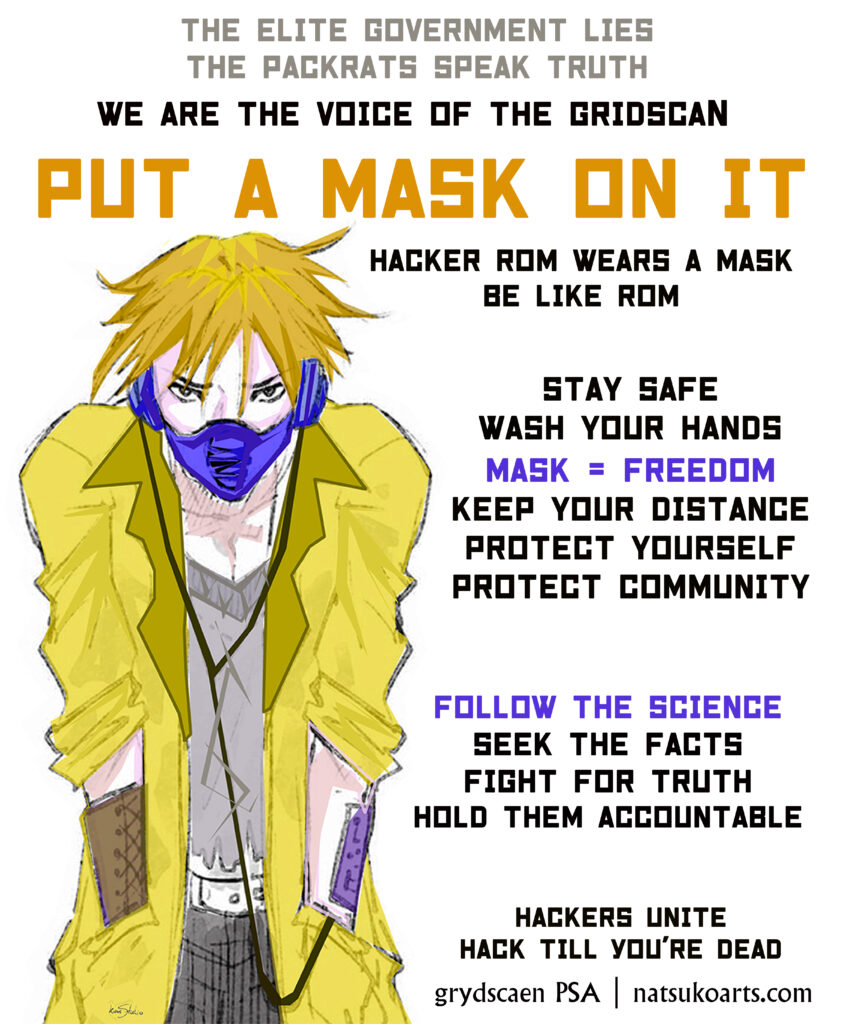 A Pandemic Rages. The Government Lies.
The SenseNet releases a New Untested SenseNet Vaccine that is Killing Homeless Teens  even as they hide drug trial data and the Elite Government turns a blind eye uncaring as they leave residents of the Echelons to fend for themselves. “grydscaen: scout is the sequel to “grydscaen: dark” that follows Packrat cyberterrorist, Faid Callen who tasks teenage hacker ROM to investigate a spike in mysterious deaths of homeless teens in the Echelons slums. When ROM finds clues on the gridscan that says the SenseNet purposely released a toxic drug, ROM is targeted and hackers start turning up dead who stumbled on the truth. Can Faid help Rom before more die,? The government is ignoring the rise in deaths, turning a blind eye as propaganda calls the dead “inevitable consequences for the worthy.”