We  will be launching a new VLOG series called Making Anime which will go in-depth into the process of creating a short anime web series. We will be talking about the details behind the making of thegrydscaen: scout anime web series as we work on episode 2 which was able to start production on 15 June 2021. 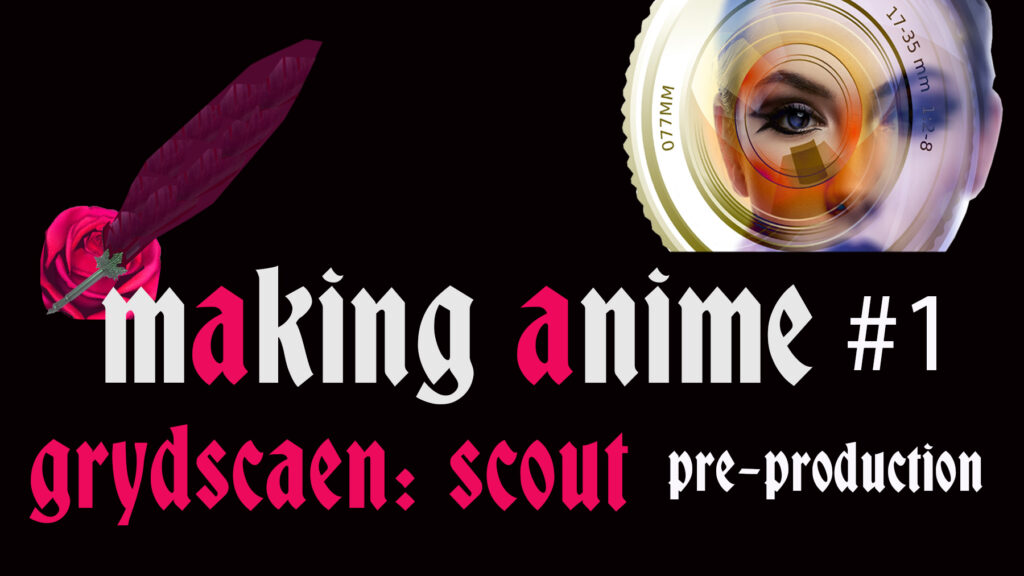 About the Animation Process
The same team that worked on grydscaen: scout anime web series episode 1 will be coming ack and episode 2 will featurethe same characters Faid the Packrat hacker leader with the red hair and ROM the homeless teenager hacker in the tab trench coat and spiky hair. I will be Art Director for the project.

And in 7 days  are onto 2nd Milestone – Backgrounds

The storyboard for episode 2 comes from chapter 4 of the grydscaen: scout manga volume 2 which is currently at the printer and will be available by end week and I am so psyched to be ready to see the final book which took about four months to complete since I sat on a few pages in the last chapter. Doing all the work on the manga traditionally myself, the story, the dialgoeu, lettering  writing and book formatting as a lot of work. But it will all pay off with the ebook to be ready by end month. Looking forward to starting volume 3 which will have a JuJutsu Kaizen vibe to it which I am so looking forward to all the working and planning for the new manga volume.

The VLOG series will have its first episode this weekend releasing onn the Natsuya Uesugi YouTube Channel on 25 June 2021.

Each week we will be talking about a new step in the process.

Hope you will stick around to learn more about the process of Making Anime Web Series which follows an indie team into making the grydscaen: scout animated web series.